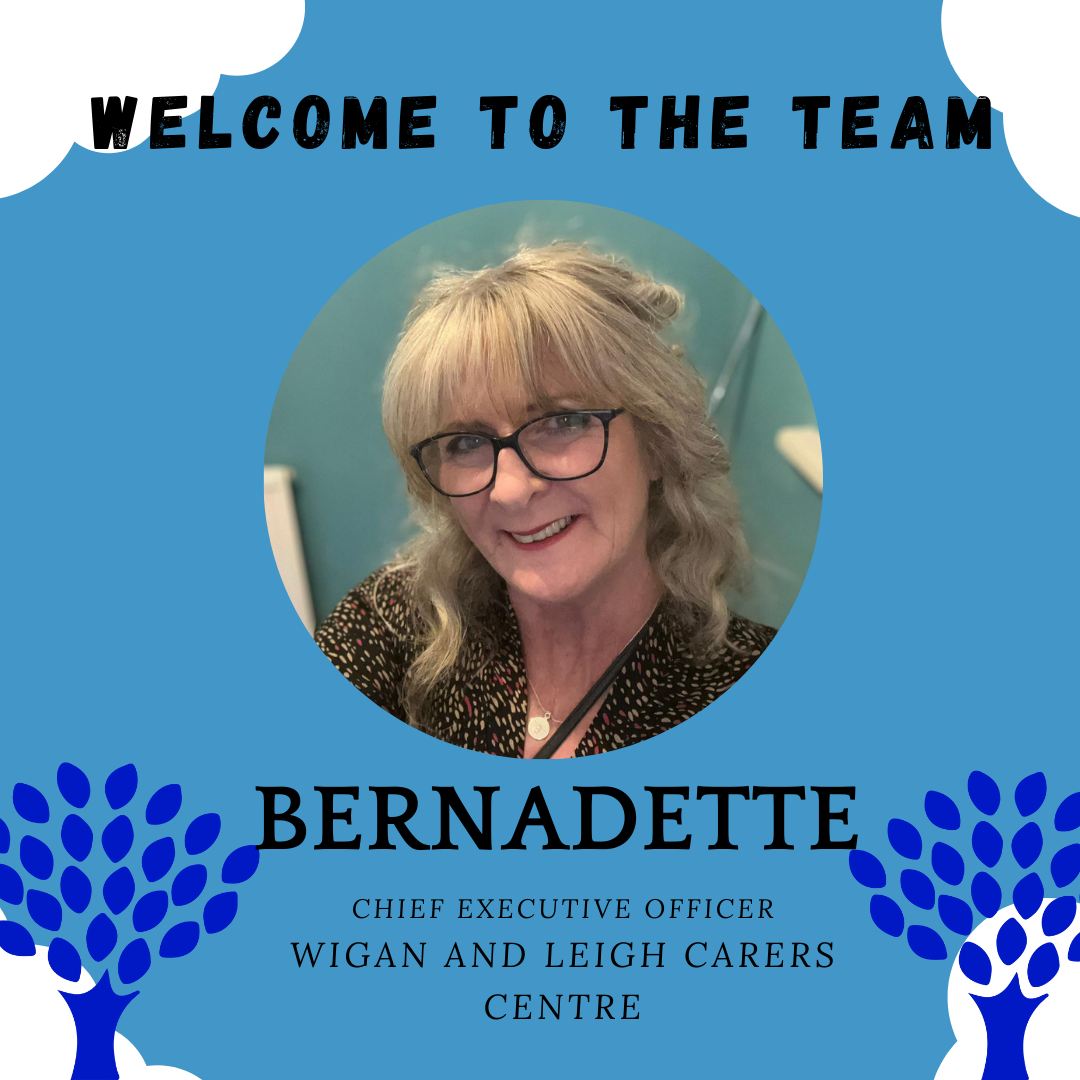 We are very pleased to be able to share some exciting news with you all. After an extensive search and interview process, we are delighted to inform you that the Board of Trustees has appointed Bernadette Ashcroft as Chief Executive Officer of Wigan and Leigh Carers Centre. Bernadette will take up the full-time role from 1st June 2022.

As many of you will know, Bernadette has been interim CEO at Wigan and Leigh Carers Centre since December 2021, a role she has undertaken with openness, humility, and courage, earning our respect and admiration and that of our sector.

Before joining us, Bernadette has gained over 30 years experience of working at all levels across the voluntary and community sector. Since 2009, she has been employed within a CEO role within Greater Manchester and across the country.

The board’s decision to appoint Bernadette comes after rigorous recruitment with support from fellow trustees and representatives from member organisations and staff members.
The shortlisting and interview processes were inclusive, involving trustees and staff, enabling diverse perspectives and collective decision making. We would like to thank all those involved in the process for volunteering their time and providing such useful feedback on candidates.

We are very pleased to welcome Bernadette into her new role as CEO.

In a fantastic field, she impressed, challenged, and inspired all those involved in the process presenting a clear and compelling vision for the future of Wigan and Leigh Carers Centre and our work to support carers and our sector.

Bernadette’s vision for Wigan and Leigh Carers Centre is grounded in relationships. A relationship with you, our carers, where we are always listening, gathering insight, anticipating and adapting to your needs. Relationships between key organisations, enabling partners to come together to learn, share and collaborate. Relationships with trustees, staff and volunteers, showing generous leadership and creating a strong, fair, and connected organisation.

In welcoming Bernadette as CEO, the trustees and staff would like to thank her for her achievements as interim CEO. These include the progress we have made towards building an open culture at Wigan and Leigh Carers, with trustees, staff and volunteers remaining core to the decisions we take and the priorities we set.

Under Bernadette’s leadership we can look forward to a Carers Centre that is inclusive, responsive, and caring, with the trust, confidence, and support of our sector and beyond.

Bernadette says, “I truly believe that by working together across Wigan and Leigh, we can continue to build a community that values, celebrates, and recognises the contribution and circumstances of all our unpaid carers. I am honoured to be appointed to this key role at this exciting time.”

Until then I hope you will join us in congratulating Bernadette and sending her our very best wishes and support.