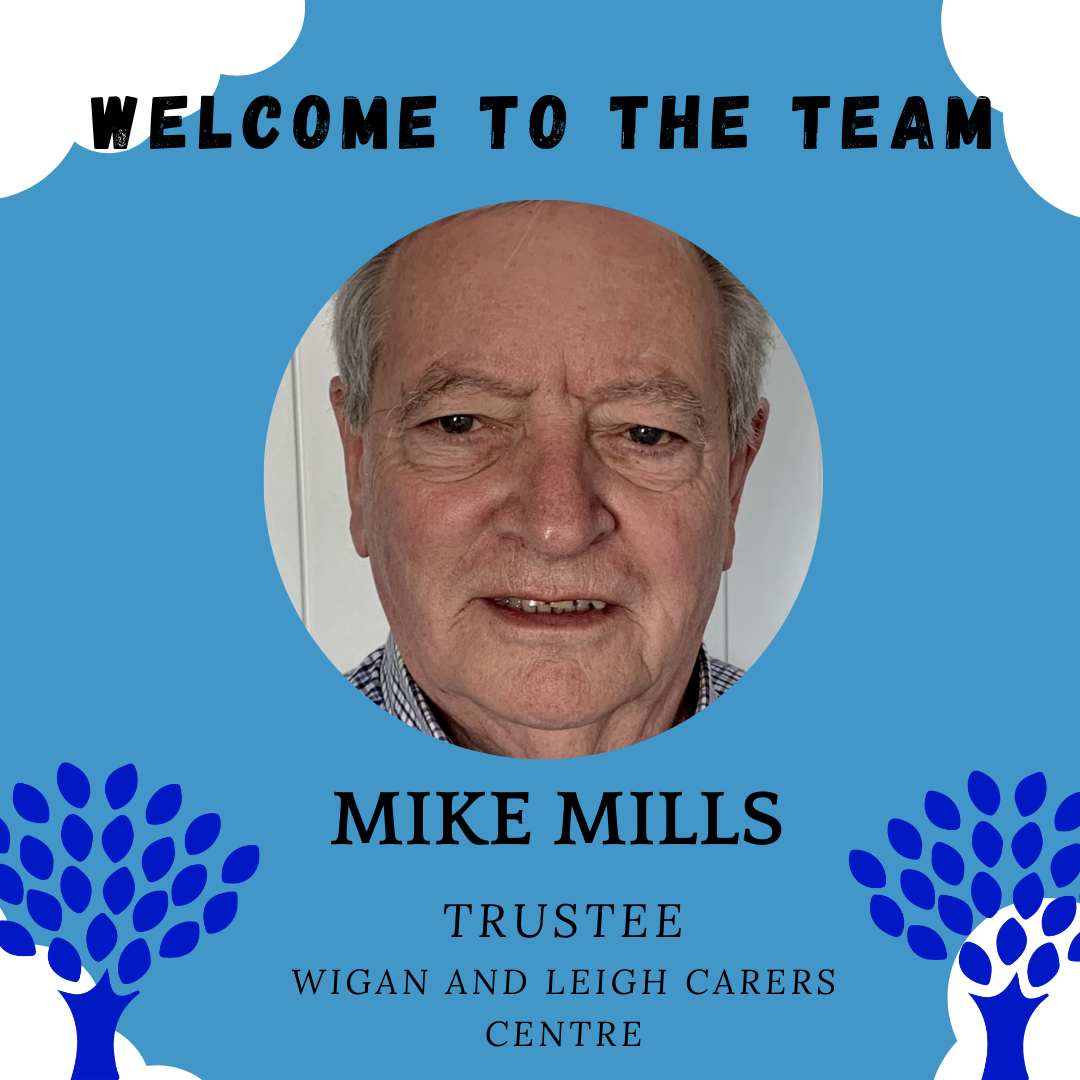 Wigan and Leigh Carers Centre would like to announce the appointment of a new trustee, Mike Mills.

Whether by accident or design, Mike has been involved in Health and Social Care all his life. He served as a member of the Army Medical Services for 25 years in a variety of roles around the world and left in the rank of Regimental Sergeant Major (RSM).

Since then, he has been the manager of Wigan & Leigh Crossroads – Caring for Carers for 14 years, worked with Think Ahead Stroke Group, spent 8 years as a Dementia Advisor with the Alzheimer’s Society, been a GP Practice manager and a computer Training Consultant on GP IT systems.

He has also been the Chair of Trustees of Wigan & Leigh Young Carers, and the Chair of his own GP Surgery’s Patient Participation Group – PPG.

His current role is that of Primary Care Liaison Co-ordinator for the Armed Forces Community in Wigan with the remit to get all GP practices Armed Forces Friendly and accredited with the RCGP.

Mike lives in Ashton in Makerfield along with his therapy dog, Ty who has been in the papers and appeared on Sky TV! He has a daughter who lives and works in Orlando, Florida.

Mike says, “I am honoured and delighted to be joining the committed team of staff and volunteers at the Carers Centre. I have witnessed first-hand the important role that unpaid carers have in the lives of individuals needing extra support. I am committed to ensuring the voices of unpaid carers are at the heart of the work that we do.”

Appointed through an extensive recruitment process, Mike has joined our group of dedicated Trustees.

Chief Officer, Bernadette Ashcroft said, “Charity trustees are the people who share ultimate responsibility for governing and directing how our Charity is managed and run. Mike is committed to ensuring we provide quality carer-centred services and that our policies, systems and processes are rigorous.”

Welcome aboard Mike. Exciting times are ahead for WLCC and the unpaid carers we champion.