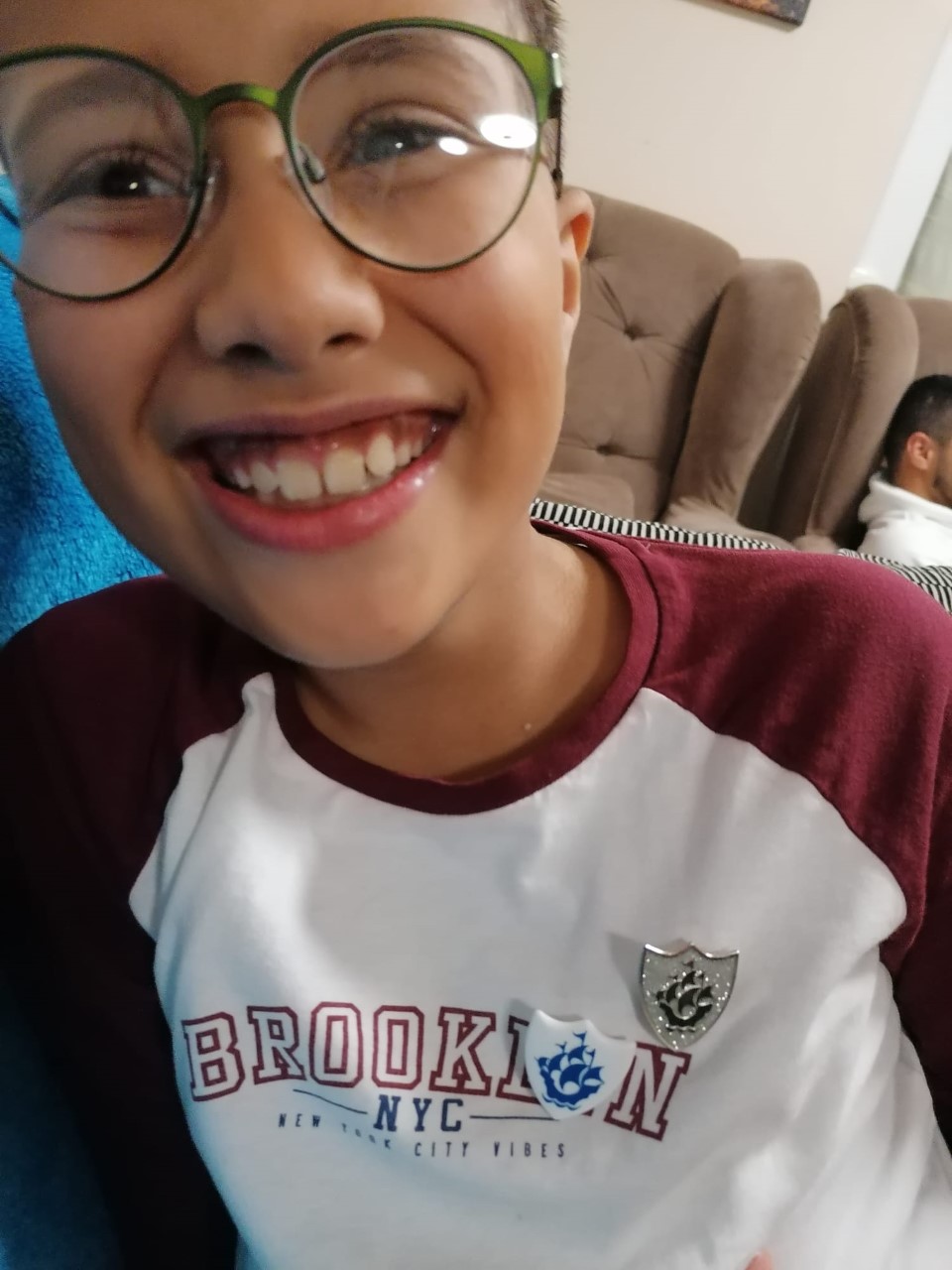 We are thrilled to share a brilliant story about one of our amazing young carers, Omar Boyko.

A few weeks ago CBBC #BluePeter were looking to make a film about children who have done kind things. Omar’s brother, Zain was made aware of this opportunity and put his brother’s story forward – he explained about Omar being a young carer for his brother, Dawud and how he has helped to raise money for Wigan and Leigh Carers Centre by taking part in a charity fundraising walk. Blue Peter got in touch with Zain and planned a surprise for Omar.

The film crew came around and interviewed the family about what it is like to be a young carer and spoke to Omar about his inspirational charity work. After bringing him home from school they filmed Omar meeting his favourite Blue Peter presenter, Richie Driss. Not only was Omar awarded a Blue Peter Silver award, but as a reward for his kindness, he was taken to test out a new Science Museum that is not due to open until November at “Eureka! Science + Discovery” Museum in Liverpool and what an amazing time they had!

Omar’s Story is going to be featured as part of the Blue Peter show aired TONIGHT (Friday) at 5 pm on CBBC. Please tune in!!

We are beaming with pride for this young man!! Well done Omar.